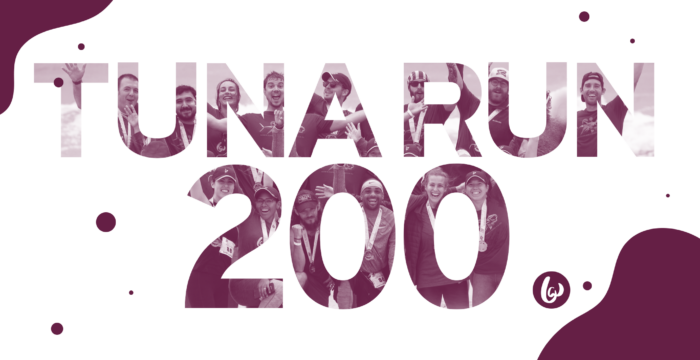 The 2018 Edition of the Tuna Run 200 has come and gone, and this year Bandwidth had three teams make the run from Raleigh to the Atlantic Coast, covering all 203.93 miles in 36 legs. A total of 32 Bandmates competed, with two teams consisting of 12 members each, and one team consisting of eight.

So how did they do?

BAND on the Run

The team of BAND on the Run consisted of 12 members, and finished with a total time of 30 hours 46 minutes and 24 seconds, which works out to an average pace of 9 minutes 3 seconds per mile. The team consisted of:

“Although completing a personal goal of 15.5 miles was exciting, my favorite part of the Tuna 200 Relay was the opportunity to bond and get to know the other 5 people in the van. Our various roles at BW in software engineering, recruiting, sales, and accounting created an interesting environment with a lot to talk about!” — Amy Bruce

“The support from our team was awesome and we really came together for the greater good.” — Mark Greene

“I went in not knowing anyone on my team and left the weekend with new friends.” — Amanda Meling

“There were moments where I thought I was going to get clipped by a car, or walk into the woods to pass peacefully into the night, but I persevered and my team supported me every step of the way. One of the most grueling and invigorating experiences of my life, would totally do it again!” — Kristin Richter

“We had several runners who took on extra legs to help out their Bandmates. Mark ran with me during my night run when I got spooked on the dark back country roads. Jason joined Kristin on her last run (that was also her longest run after little to no sleep). I believe Amanda joined Amy for motivation on the last leg of the race. There are probably others that I am missing across the teams.” — Rachel Fuhrer

Smokey and the BANDits

The second 12-person team was Smokey and the BANDits. They finished the race with a total time of 28 hours 51 minutes and 34 seconds, which works out to a pace of 8 minutes 29 seconds per mile. The team consisted of:

“It was my first time participating in an event like this, and I enjoyed everything about it.  My teammates were amazing. We had fantastic spirit that did not waver at any point. I’m looking forward to doing this again next year.” — Stevan Bowden

The third team we fielded was the smallest, but also the most competitive. This was the team made of up the ultra runners — the guys that go out on a weekend and run a marathon because why not. Made of up 6 runners, this team completed the race in 22 hours 49 minutes, a pace of 6 minutes 44 seconds per mile. This was a new course record, and a personal best for any Bandwidth team to have competed in the Tuna Run over the years.

The Bandwidth Boathouse Boyz are:

Special thanks to Arturo Garcia and Ben Spain that helped this team (and all the teams) with driving the runners to their legs.

“The experience was something I will never forget, and it’s a testament to what a group of people can accomplish if their vision and goal is aligned and each person is ready to be selfless and support the group in any way.” — Seth Ray

“My 5th leg and last night run a police officer pulled alongside as I passed another team on the course and blasted Another One Bites the Dust by Queen perfectly timed. It was the motivation I needed to finish the mentally toughest leg strong.” — Jimmy Jones

“When you get a handful of people that filter the thought of “woah, that’s crazy” and translates it as “dude, I wanna do that,” then you get to embark on some radical adventures with even more radical individuals.”— Eric Hewell

Check out those Bandmates!

We’re so amazingly proud of the three teams and all the runners. They trained hard leading up to the Tuna Run, and we can’t wait to see how many of them compete again next year. Check out some of the amazing photos we caught along the way, and if you’re interested in joining our team, don’t forget to check out our careers page. 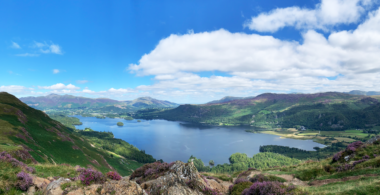