Have we seen the death of the phone number? (No)

It’d be easy to think that with the growth of smartphones (and mobile phones in general) that we’re in a golden age of phone numbers. Everyone has a number that’s associated with them, and these numbers stay with us for years, decades even, at a time. There is, however, a trend towards not using our phone numbers — not only do we not call each other anymore, we increasingly use messaging services that allow us to skirt around the need to have an individual’s phone number.

All of that raises the question — have we seen the demise of the phone number?

Ok, let’s put the cards on the table; it’s true that we’re using lots of different channels to communicate with each other. Between social media and third party messaging apps, it’s easier than ever to connect to people.

So does that mean that the phone number is dead?

No. Quite the opposite in fact.

While it’s true that more and more services are vying to offer unified communications as a service (or UCaaS), these services all still rely on one thing — your phone number. Whether it’s Facebook Messenger, WhatsApp, Signal, or any of the other “secure and encrypted” messaging services, they all require you to have a phone number.

In fact, as opposed to the number going the way of the Dodo (RIP buddy), they’ve become more crucial than ever, becoming an identifying feature used for security (see: two-factor authentication) and communications.

We keep these numbers with us for longer periods of time, thanks to number porting across carriers (I’ve had my phone number for nearly 20 years), and we increasingly have them as our only phone numbers — the number of US households with a landline has fallen by more than 40% since 2004, while mobile phone only households has grown to 40% in that same time [source].

While it’s true that services are competing to be our main form of communications, and that we’re more protective of our phone numbers than ever, services increasingly use number masking to protect our personal information, the death of the phone number has been greatly overstated.

Talk to a phone number expert 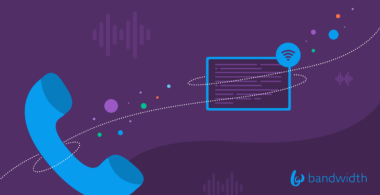