Beginning July 16, 2022, the National Suicide Prevention Lifeline will be accessible for call, text, or chat by dialing “988” in the United States. This is a significant step forward for mental health advocates looking to increase accessibility to life-saving resources with this more memorable emergency number.

What is the Suicide Prevention Lifeline?

The National Suicide Prevention Lifeline was established in 2005 as a resource for individuals experiencing a mental health crisis. The goal was to provide support services for suicide prevention and widen the gap between those who consider and those who complete suicide attempts. It launched under the toll-free number 1-800-273-8255 (TALK) to encourage people to break their silence around suicidal thoughts and to reach out for help – a reminder that no matter how depressed and alone you may feel, there is a support network available to talk.

In the 17 years, it has been in operation, the National Suicide Prevention Lifeline has expanded to over 200 crisis centers across the United States that are available 24/7 and free of charge. These crisis centers are staffed by mental health professionals and dedicated volunteers trained in suicide intervention. The Lifeline has received and provided support to over 20 million calls when people need it most. Less than 2% of calls involve emergency services, evidence of their incredible success rates for de-escalating difficult situations. Many callers attribute these calls as the reason they decided not to harm themselves and seek additional help.

In 2020, the Federal Communications Commission (FCC) established rules to adopt 988 as the nationwide, easy-to-remember 3-digit dialing code for Americans in crisis to connect via call or text with suicide prevention and mental health crisis counselors by July 16, 2022. The National Suicide Prevention Lifeline can also still be reached by dialing 1-800-273-TALK (8255).

Similar to 911, people will be able to dial 988 when experiencing a mental health crisis and need emergency intervention. 988 will redirect to the existing Lifeline number 1-800-273-8255, and route to the nearest crisis center based on the caller’s area code.

What is the impact of the 988 emergency number on providers?

The transition to 988 is “not optional,” according to the US Department of Health and Human Services’ Substance Abuse and Mental Health Services Administration. All telecommunications carriers as well as all interconnected and one-way Voice over Internet Protocol (VoIP) service providers in the United States and the five major U.S. territories (American Samoa, Guam, Northern Mariana Islands, Puerto Rico, and U.S. Virgin Islands) must implement 988 in their networks by July 16, 2022. At Bandwidth, we will automatically manage this for all our customers, although some customers may need to adjust their dial plan to ensure that the 988 short code is supported by July 16.

To learn more about the FCC requirements regarding the 988 short code please visit the FCC Suicide Prevention Hotline webpage, open a ticket with your Bandwidth Support Team, or call us at (855) 864-7776.

If you or a loved one are experiencing suicidal thoughts, please reach out to the National Suicide Prevention Lifeline or call 1-800-273-8255 if reaching out prior to July 16th. If you are located outside of the U.S., find a helpline for local support. Switching to a Twilio alternative 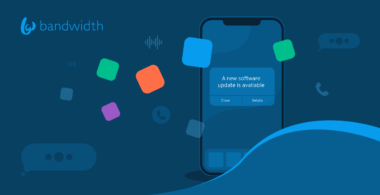