Bandwidth is the universal communications platform that simplifies how businesses deliver integrated global experiences. It’s flexible and ready to integrate with your entire communications stack. It’s built on our own global network for unmatched reliability. And it’s grounded in both telecom and real-world software expertise.

So you can create exceptional experiences for customers—anywhere in the world.

Our people are essential. People make the brand come alive. And nothing that makes Bandwidth great would be possible without our people. We walk through the doors each day not always knowing what to expect, but always expecting to do whatever’s necessary to deliver exceptional experiences to our customers and to each other.

That’s why we created our Whole Person Promise.

So our people can have meaningful work plus a full life. From our insanely good medical and dental coverage to our Email Embargo policy, 90-minute workout lunches, and diverse employee development opportunities, our Whole Person Promise is at the heart of our business and our culture.

It all started in 1999 when our founder and CEO, David Morken, was living in a duplex with his parents. With three months paid leave from the Marines, a reserved domain name and an idea, he created bandwidth.com. The business model and its success would lead to an appearance in Forbes in September 1999, and to his first sizable outside investment.

Establishing Bandwidth in Raleigh, North Carolina allowed the team to tap into Raleigh’s wealth of talent surrounding the local businesses and universities. That talent would prove crucial in the early 2000s, as Bandwidth evolved from its humble beginnings to building its own nationwide all-IP voice network. One of the last to be built in the US.

We believe that to deliver remarkable value, our people are essential. Simply put, we believe in the power of people all working toward a common cause.

Meet the technology experts, creative thinkers, and analytical wizards that lead us.

See how we power some of the world’s most exciting communications products. 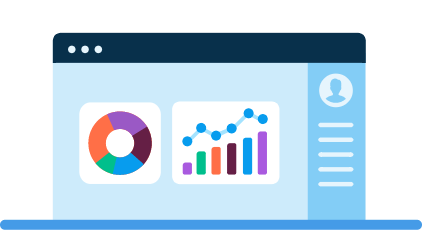 Get news, financials, and other valuable information.

Read the latest news and announcements.