E.164 is a global public switched telephone network (PSTN) and data network standard that prescribes how telephone numbers should be arranged for successful routing. It is officially referred to as ITU-T Recommendation E.164. The standard is governed by the Telecommunication Standardization Sector (ITU-T), an arm of the International Telecommunication Union (ITU), which is the United Nations agency responsible for handling information and telecommunication technology (ICT) issues.

E.164 is the successor to E.163, the previous ITU-T standard that defined telephone numbering plans for the public voice network. E.163 was sometimes known as a ‘directory number’ in the United States. In May 1997, the standard was deprecated and some of its elements incorporated into revision 1 of E.164, which was titled ‘Numbering Plan for the ISDN Era.’ ITU issued more E.164 recommendations in 2005 and 2010 to improve certain aspects of the standard.

E.164 –  How Telephone Numbers Are Formatted

The E.164 standard establishes a common framework that every country can use to create international phone numbers. The standard limits the number of digits that a telephone number can have to 15, excluding the international call prefix.

The first part of a phone number is the country code, which can have anywhere between one to three digits. The second part is the national destination code (NDC or NXX), which denotes specific jurisdictions in countries that allocate telephone numbers by region. The national destination code is sometimes called an area code, international city code, or a number plan area.

The last part of a telephone number is the subscriber number (SN). Combined, the NDC and the SN are referred to as the national or significant number. Every country in the world is at liberty to decide how many digits should be in the national number, within the 15-digit limit that E.164 imposes. The limit may seem restrictive at first blush, but it actually allows for around 100 trillion permutations, enough for each person on earth to have thousands of telephone numbers.

Anyone who has ever received an international call will probably have noticed that numbers have a ‘+’ prefix. This indicates that the phone number includes the NDC. However, when dialing, the international call prefix, a single or double digit number known as a trunk code, takes the place of the plus sign.

E.164 numbers can also be mapped to a uniform resource identifier (URI) or internet portal (IP) addresses using special DNS record types. The most common way of mapping E.164 numbers in this manner is by using the E.164 Number to URI Mapping (ENUM) standard. This mapping makes it possible to use E.164 numbers for internet telephony.

E.164 also defines the numbering structure for the five categories of telephone numbers used in international public telecommunications. These categories are geographic areas, global services, networks, groups of countries and trials. Let us look at each in turn.

Plan confirming numbers have codes organized in three fields. The first field has the three-digit country code for networks. Identification codes (ICs), which can vary in length from one to four digits, are in the second field. E.164 reserves the last field for subscriber numbers, which can have a maximum of 11 digits.

The E.164 numbering plan for networks has three fields. These are the three-digit country code, the identification code, which has one to four digits, and the subscriber number, which has a maximum of 12 digits. Number plans for networks do not have national and international prefixes.

4. Numbering Plan for Groups of Countries

Trials with E.164-conforming numbers have three fields. The first field has a permanent, pre-allocated three-digit code, 991. The second field has the single-digit trial identification code. As usual, the subscriber number, which has a maximum of 11 digits, is located in the final field.

Bearing the self-explanatory title ‘criteria and procedures for the reservation, assignment and reclamation of E.164 country codes and associated identification codes (ICs),’ E.164.1 was issued in 2005. The criteria and procedures therein are intended to encourage efficient use of available numbering resources.

This section of the standard is titled ‘E.164 numbering resources for trials.’ Issued in 2001, it lays out the requirements and procedures for temporarily granting three-digit identification codes to organizations conducting international non-commercial trials. The codes are granted within the shared +991 E.164 country code for trials.

Titled ‘principles, criteria and procedures for the assignment and reclamation of E.164 country codes and associated identification codes for groups of countries,’ E.164.3 was issued in 2001. Like E.164.1, this section of the standard aims to foster efficient use of available numbering resources, in this case within the context of numbering plans for groups of countries.

E.164 has several benefits. It makes dialing much easier, a particular benefit for globetrotters and large corporations with offices around the world. An example may better serve to elucidate this point.

Individuals making international calls from North America typically dial an access code followed by 011, the international code, and then punch in the country code and the subscriber number. However, if said callers move to another part of the world, that sequence will not work because every country has its own codes for international calls. This means callers would have to learn and remember the specific sequence for every country they visit – a hard, if not impossible, feat. With E.164, all callers require is the country code and subscriber number of the person they want to reach.

And in contrast to E.163, which has a 12-digit numbering limit, E.164 supports up to 15 digits. This greater limit allows for a larger number of telephone number combinations, which are essential for supporting future growth.

Another benefit of E.164 is that it is backwards compatible with legacy technologies. Plan conforming numbers can be dialed even from rotary dial phones.

E.164 is designed to adapt the public telephone numbering plan to the demands of the internet age. It makes dialing easier, among other benefits. Plans are already underway to expand E.164 into an expanded protocol, dubbed Telephone Number Mapping, or ENUM. This protocol will assign a URI to all networked gadgets on the planet, including analog devices, which will allow them to communicate with each other using a single telephone number or network address. 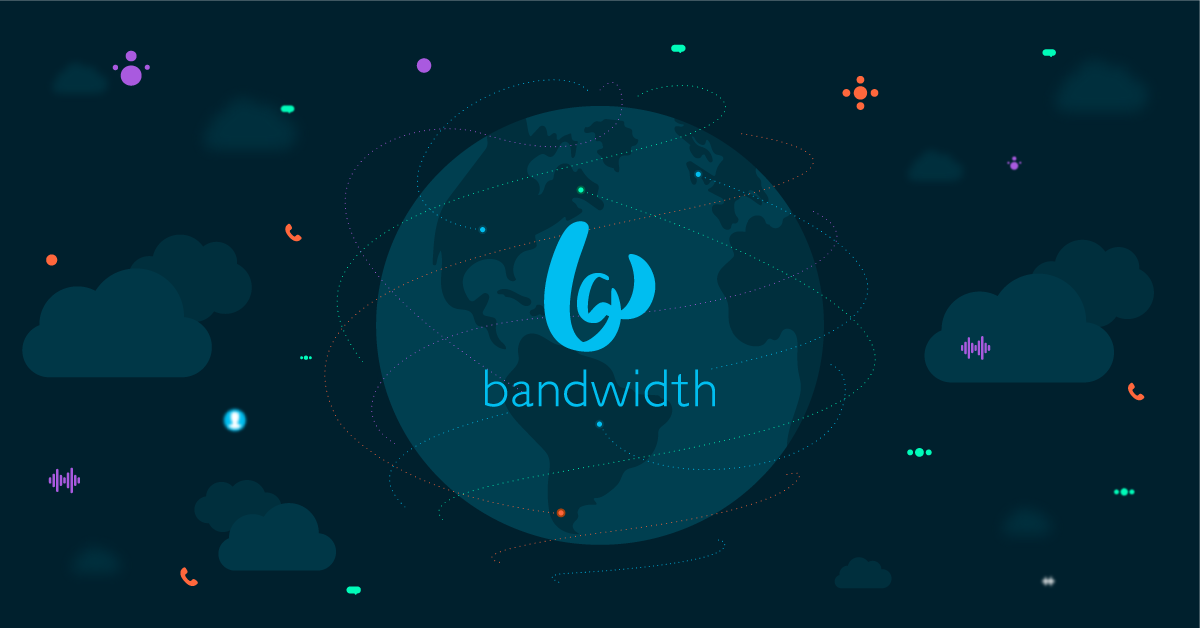 Article The Bandwidth Phone Number Dashboard
Back to Glossary
Our lawyers have asked us to remind you that, in the event of any conflict between these defined terms and the defined terms included in any agreement between you and Bandwidth, the agreement controls. “Bandwidth” refers to Bandwidth Inc. and/or Bandwidth.com CLEC, LLC.