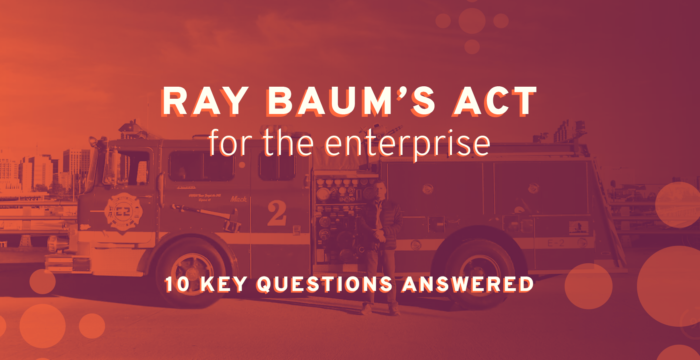 Whenever new regulations come into effect, some amount of confusion is sure to follow. You may be aware that today (January 6th) marks the first RAY BAUM’s Act deadline for the new 911 “dispatchable location” requirements for fixed VoIP.  We expect that many enterprises are still not compliant with these rules, and likely must also prepare for the more complicated requirements for nomadic VoIP devices and services that will come into effect one year from now.

To better understand how to address this regulatory-technology gap, here are some “plain english” answers to the most common and vexing RAY BAUM’s Act questions that I hear.

2. What should I do to comply with RAY BAUM’s Act?

This is a hugely complicated question. It’s like asking, “How much is a car going to cost me?” The answer is, “It all depends.”

I’m not a lawyer and can’t provide you with legal advice. However, I am an engineer and can provide a technical framework for approaching this problem. I’ll start by describing the rule for fixed VoIP services which can generally be thought of as voice calling via IP desk phones.

Let’s focus on the central issue within RAY BAUM’s Act which is the delivery of “dispatchable location” with the 911 call. In addition to specifying the civic, or street address, that the emergency call is being made from, you also need to provide floor, suite, or room-level location data. Almost all PBX or Multi-line Telephone Systems (MLTS) can do this today. In order to comply you simply provision the location of your desk phones with an underlying 911 service provider like Bandwidth. It is a straightforward provisioning task—there is no magic here. You identify all the phone numbers and where they are located in the building. Each phone gets a 911 record or telephone number.

3. Does RAY BAUM’s Act require that I acquire new phone numbers and provision 911 for all my desk phones?

Not exactly. I can tell you how to fulfill the requirement, but I can’t tell you if you must. That requires a legal opinion and you need to ask a lawyer what the regulation means for your enterprise.

What I am saying is that the technical requirement to send “dispatchable location” to public safety can be fulfilled with the use of existing off-the-shelf provisioning of 911 records in the existing equipment. In my hundreds and hundreds of engagements with customers managing both vintage and more current PBXs, the vast majority can be provisioned to fulfill this technical goal. It’s very easy.

Ensuring compliance for services that utilize extensions will require the underlying PBX to have some intelligent 911 calling features. These features, commonly called Emergency Location Identification Number and Emergency Response Location (ELIN/ERL), have been offered on most PBX systems since the late 1990s.

5. How do I know if my PBX has the ELIN/ERL feature for 911 support for extensions?

Your PBX documentation usually has a whole chapter on 911 and emergency calling.

The key point here is that with these new regulations, the enterprise may not have turned on the feature that supports extension 911 calling or provisioned the additional 911 records with their service provider. However, if the equipment can be provisioned and the feature can be turned on, then they are in a position to directly fulfill the technical requirements of the new regulation.

6. If my company bought and installed a PBX before RAY BAUM’s Act came into effect, are we exempt from these new rules?

I see widespread misuse of the term “grandfather” in 911, which does not actually appear anywhere in the legislation or the FCC’s rules. What people generally mean when they ask this question however is: “My equipment is old. I’m not being forced to upgrade, right?”

This is precisely what I’m trying to address in my response to the previous question. If your equipment can be provisioned and configured to support the new dispatchable location requirement for a room, floor, building, etc., then why not take advantage of that?

7. Does RAY BAUM’s Act apply to cloud services, or only on-premise telephone systems?

The rules use the term multi-line telephone systems or “MLTS” but if you need a more detailed legal definition for what that is, check with a lawyer.

Having said this, if you are providing a phone system to your employees, then it needs to be able to support calls to 911 that include a dispatchable location. Pragmatically, it does not matter if the phone system is in your building or in a local data center, or in the cloud.

If your employee calls 911, the new regulation is all about getting accurate dispatchable location information to public safety so that first responders don’t have to waste time searching a multi-story building or an entire campus to find that person when she needs help.

8. Some systems use WiFi access points as the 911 caller’s location. Does this meet the dispatchable location requirements of RAY BAUM’s Act for nomadic VoIP?

Some advanced MLTS systems support nomadic VoIP devices, like laptops, can figure out the 911 location using the WiFi access point or other network components like a subnet or port. The laptop makes note of what hotspot is being used for the VoIP connection, then that WiFi hotspot’s location is used as the dispatchable location for the 911 call. Sometimes the WiFi hotspot is unique to a room but often it’s a floor-level access point, and some customers sometimes wonder whether this is accurate enough.

For MLTS that utilize nomadic VoIP, there is no specific “accuracy requirement” per se. Rather, given the nature of IP technology and MLTS services, the rules say that enterprises must provide location information that is “sufficient” to identify the caller’s location in large buildings. What does the FCC mean by “sufficient” exactly? That’s another good question for a lawyer.

9. Is this support for nomadic phones using WiFi location related to Next Generation 911 (NG911)?

Yes, and this NG911 technique is now used by some of the biggest brands in the industry. For example, it’s used by Microsoft Skype for Business, and more recently, in Microsoft’s Teams (Bandwidth is one of only two providers who can support the Dynamic E911 capabilities of Microsoft Teams Direct Routing). Zoom has also introduced this capability leveraging Bandwidth’s E911 Dynamic Location Routing solution. I’m not recommending one platform over another, but these companies are forward-leaning when it comes to supporting both innovative IP-based services together with 911 compliance.

Emergency calling has changed a lot since the 1990’s television show Rescue 911, which gave the impression that when you dialed the digits 9-1-1, William Shatner would show up in a jiffy. (For the record, I prefer his performances in The Twilight Zone and Star Trek.)

What I stress to Bandwidth customers is that when it comes to 911, simplicity hides complexity. What I mean is that it’s very easy to get the impression that it’s just a 911 call is a simple phone call that goes to public safety, but the fact is that there is a lot of complex technology below the surface to make that call happen.

However, in my 30-years in telecommunications, and specifically in 911, I can’t think of a time where the technology became simpler or the regulations became easier to meet. Personally, I never lose sight of the fact that a life may hang in the balance as a result of doing it right or doing it wrong. My advice is that navigating interconnection to public safety is complicated and, whomever you are working with, make sure that you trust them. Oh, and talk to a lawyer!

Ready to learn more about 911?

Whether you’re an enterprise or a service provider supporting enterprise customers, Bandwidth is here to help you with these complex and evolving emergency calling requirements.

Learn about new E911 regulations Talk to an expert

Want to learn more about RAY BAUM's Act and other E911 Regulations? Download our Quick Guide or talk to one of our experts today.

Bandwidth’s Guide to New E911 Regulations Talk to an expert 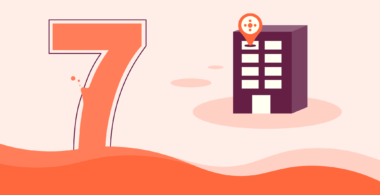 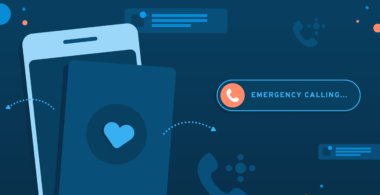