What happens to 911 during a zombie apocalypse? 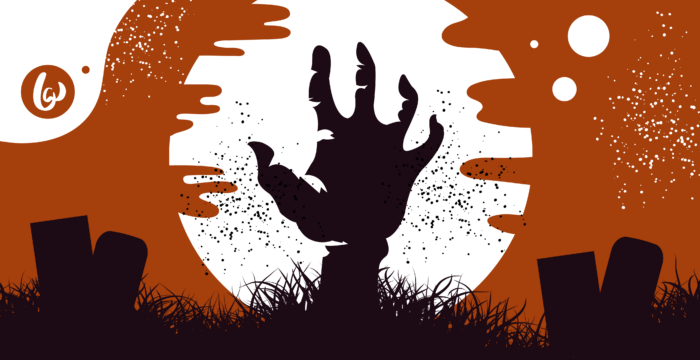 It’s easy to take 911 for granted. Something goes wrong — a car accident, medical emergency, or theft occurs and you pick up the phone, dial three digits, and someone on the other side picks up, sending help in your moment of need.

That’s great on a normal day, but what about when there’s a disaster? How does 911 operate when there’s a hurricane, earthquake, or the inevitable zombie apocalypse and everyone needs help at the same time?

Is 911 set up for the zombie apocalypse, let alone natural disasters?

There are approximately 6,000 911 Call Centers nationally. These call centers can handle approximately 24,000 simultaneous phone calls (that’s one call for every Call Taker “seat”). When a 911 call center starts receiving more calls than they can answer, they put some on hold and then auto-transfer excess traffic to a prearranged back-up 911 call center.

If the backup 911 call center also get saturated by excess calls, the whole 911 system will block additional calls with a “fast busy” which will restrict traffic equally among all the telephone companies in the area. This situation will last as long as the incoming traffic is heavier than the 911 call center can answer and clear.

So, when a natural disaster occurs, your ability to reach 911 isn’t stopped, but there is a possibility that you’ll have to wait in a queue, with your call answered in order with everyone else as resources are released.

But what about the Zombie Apocalypse?

So 911 still works during a natural disaster. That’s good to know, but it’s also something you can wrap your head around. What about the zombie apocalypse? What about when everything goes completely wrong? Well….

Since all zombie apocalypse events so far recorded have all begun in Hollywood, we can illustrate how 911 would behave when the next zombie incursion occurs. Hollywood, California, has a population of 90,000 people so the West Hollywood Station 911 Call Center (FCC ID #1045) should have about seven (7) Call Taker “seats”. That is to say, there are a maximum of seven people who are answering 911 calls for Hollywood. These seats would typically be divided into four (4) taking wireless mobile calls and three (3) taking landline and VOIP calls.

When the zombies begin to crash cars on Highway 101 which runs through the center of Hollywood, the four 911 operators for wireless mobile calls will begin talking to freaked out people with AT&T Wireless, Verizon, T-Mobile and Sprint smart phones. After all four of those Call Takers are busy, the equipment will put a few additional callers on hold.

Meanwhile, the zombies will spill into Santa Monica Boulevard causing chaos and mass panic. At this point the three landline and VOIP lines in the West Station precinct will light up and among those callers could be a woman fending off a zombie in her kitchen with a broom. She’s trying to call 911 hands free on her Amazon Echo. However, the 911 Call Center is now saturated for 911 calls for Hollywood.

What happens next is the excess calls will route over to the back-up 911 Call Center for Los Angeles County. This is a very large 911 Call Center and as the riot spreads outward from Hollywood, the Los Angeles 911 system will continue to fill up with calls and, once saturated, it will begin to issue “fast busy” to callers as there are no more circuits or people available to take calls. All of the telephone companies sending 911 traffic — AT&T Wireless, Verizon, T-Mobile, Sprint, CenturyLink, and Bandwidth will begin issuing “fast busy” back to their callers.

Eventually a hero will do something heroic and stop the zombie incursion, but not before Hollywood and LA, and possibly all of California (depending on how big the movie budget is), becomes a smoking ruin.

Bandwidth is with you (even during a zombie apocalypse)

Bandwidth’s traffic is equal in priority to inbound 911 traffic from every other carrier. We maintain a pool of 70,000 “steering keys” which are used to identify individual 911 calls that we are processing and this volume of “steering keys” allows us to handle three times the amount of simultaneous traffic than can actually be answered by public safety in the USA.