This is a tough-love blog. First, the tough part.

At a recent No Jitter webinar, Irwin Lazar from Nemertes Research shared that 66% of organizations (across all sizes) regularly test their 911 service. Now, you may stand there with your glass half-full and think “That’s great, Trish. Two-thirds of companies test 911.”

However, my brain interprets this statistic as “Yikes. A third of all companies DON’T test 911.” Then my brain starts making notes on a mental clipboard while casting stern glances at some of you over the top of her glasses.

With the upcoming implementation deadlines for RAY BAUM’s Act requiring dispatchable location for VoIP 911 calls, testing 911 can ensure accurate address information is provided for each endpoint. With all the changes and movement occurring in most organizations, it should now be considered compulsory.

Okay, lecture over. Now, the love.

Given its obvious value as part of a broader emergency preparedness plan, I suspect that many companies worry about the process of testing—particularly because it usually involves placing live 911 test calls in coordination with public safety. I’ve heard stories where first responders showed up even with proactive communication because the test call was coming from a sensitive location like a school or a secure government building.

The good news is that 911 testing with Bandwidth is actually way more simple and straightforward than most of our customers expect. We’ve even found a novel (and convenient) way to reduce some of the negative impacts on public safety.

Getting Started with 911 Testing

Live 911 connectivity testing is included as part of the standard 911 onboarding process here at Bandwidth. Our dedicated support team works with new accounts to schedule and test 911 connectivity with live calls. We help coordinate a live 911 call to the primary designated SBC and a second live 911 call to the SBC designated for the failover route. Once this testing is completed to the satisfaction of the account manager, the service is set to “live”.

Bandwidth also provides the ability to identify the assigned PSAP for each provisioned endpoint in our online portal. This allows you to confirm where the call will route and provides contact information for notifying the PSAP in advance of live 911 testing.

Once 911 connectivity is verified, our customers leverage our unlimited 933 testing feature to confirm the endpoint address information that will be used for call routing and display at the PSAP. The 933 feature can help organizations ensure compliance with RAY BAUM’s Act.

Instead of dialing 911 for each endpoint, our customers alternatively dial the digits 933. The calls are not routed to public safety so there’s no disruption of normal 911 operations. A text-to-speech service plays a voice recording with provisioned location for that endpoint including callback number, name, address line 1, and address line 2 (if provisioned). You can test as many endpoints as you like in this manner at no charge. 933 testing also triggers emergency notifications to designated recipients to ensure compliance with Kari’s Law.

As you can see, the process is fairly straightforward and the use of the 933 features removes some of the burden of coordinating with public safety. You can learn more about Bandwidth’s 933 testing feature on our support site.

When and How Often to Test 911

In the Nemertes research, the reported frequency of testing varied widely, from 4 times a year to 4 times a day. Bandwidth strongly recommends placing test calls from all of your 911 provisioned IP addresses both at the time of initial provisioning and immediately after any future changes or modifications. Beyond this, this decision should be driven largely by the size and unique needs of your company. A general best practice is to test 911 as often as your organization conducts fire or emergency evacuation drills.

Thanks for letting me get this off my chest. Now go test.

If you'd like to learn about Bandwidth 911 solutions, talk to one of our in-house experts today.

Talk to an expert Kari’s Law compliance, MLTS 911, and what that means for your business

Talk to one of our experts to learn more about Bandwidth's 911 solutions.

Talk to an expert RAY BAUM’S Act: What enterprises need to know 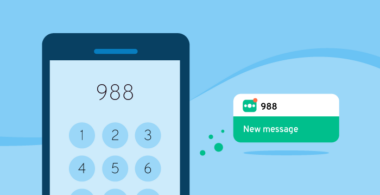