The North American Numbering Plan, or NANP, is the telephone numbering plan for the PSTN (Public Switched Telephone Network) for World Zone 1, one of the nine international calling code regions defined by the International Telecommunication Union (ITU). World Zone 1 comprises twenty countries, mainly in North America and the Caribbean. However, not all North American countries and territories are part of the NANP. Some of the countries not represented in the NANP include Mexico, Cuba, and Haiti, which are instead grouped under World Zone 5, a region that mainly comprises countries in the Americas outside of the NANP.

Phone numbers are a finite resource, and NANPA is responsible for the neutral administration of numbering resources for the countries and territories in this region. As a nationwide carrier, Bandwidth works closely with NANPA and the state Public Utilities Commissions (PUCs) to allowour customers to acquire new telephone numbers efficiently , through our portal or APIs, to meet their customers’ needs.  But we also hold our customers to a strict acceptable use policy to ensure that our customers  adhere to the numbering rules and guidelines set forth by the FCC.

Want more information about how Bandwidth makes it easy and seamless to acquire new phone numbers?

History of the NANP

Between 1876 and the first decades of the twentieth century, the telephone numbering system in the United States consisted of a haphazard patchwork of many different phone numbering plans, each primarily crafted to satisfy local rather than national needs. This parochial focus and the attendant disorganization made it difficult to efficiently corral local exchanges to create a national long-distance calling system. Worse, this ungainly system had another significant bottleneck; it required an army of switchboard operators to place calls, which made long-distance calling cumbersome.

By the 1940s, Bell System, the hydra-headed operator of this vast network, concluded that the best way to solve these problems would be to create a nationwide numbering plan from scratch. A new telephone numbering plan would also bring a long-held dream within reach – a long-distance calling service that would not require the involvement of switchboard operators when placing calls.

In 1947, the Bell System, along with independent telephone operators, unveiled a nationwide numbering plan. The plan divided much of North America into 86 service territories known as numbering plan areas, or NPAs. To each NPA, the plan assigned a unique three-digit prefix known as the NPA code, or simply the area code. At first, long distance operators used these codes to route calls between toll offices. However, starting in 1951, customers were finally able to make direct long-distance calls. As the service grew in popularity, the number of area codes swelled; by 1967, assigned area codes had grown to 129.

In 1975, the name of the numbering plan was changed from ‘North American Integrated Network’ to ‘North American Numbering Plan,’ reflecting the growing incorporation of other countries in the region. Apart from the United States and its territories, other countries that are part of the NANP include Canada, Antigua and Barbuda, Bermuda, Jamaica and the Dominican Republic. The Cayman Islands, St. Kitts and Nevis, Trinidad and Tobago, Turks and Caicos and Montserrat are also part of the NANP.

From its inception, the NANP was administered by AT&T’s Central Services Division. However, responsibility for overseeing the numbering plan was transferred to the Federal Communications Commission (FCC) after a court-ordered breakup of the Bell System in 1984. Rather than administer the plan itself, the FCC chose to outsource the role of the North American Numbering Plan Administrator (NANPA) to private sector companies while maintaining the ultimate oversight authority, an approach that the agency uses to this day.

Anatomy of a NANP Telephone Number

Every NANP member country has a regulatory authority with complete control over local numbering resources. As we saw earlier, the NANP divides the territories of member countries into NPAs and assigns a unique area code to each. The NANP also assigns a unique seven-digit telephone number to every telephone line in a given NPA. This telephone number consists of a three-digit central office (CO) code, commonly known as the prefix, and a four-digit station number. For international call routing purposes, the NANP uses the ITU-assigned calling code +1.

Early telephone codes followed the N-X-Y format. N was a digit between two and nine, while X was either a zero or a one. Where X was a zero, Y was a number between one and nine. Where X was one, Y would be a number between two and nine. These restrictions allowed the numbering to assign certain codes for special purposes. Examples include 911 for emergency services, 0 for operator, and 011 for international calls.

These restrictions, however, created a significant bottleneck as the telephone service added an ever larger number of subscribers. To make it easier to generate a larger volume of new codes, the NANPA lifted a number of restrictions. For instance, X could now be any number between two and eight. The NANPA then issued new codes; Washington got 360, for example, while Alabama got 334.

The process starts with NANPA holding meetings with industry stakeholders to figure out the best form of relief. The stakeholders then petition the FCC, which holds educational sessions, evidentiary hearings and other meetings to determine the most appropriate type of relief.

A geographic split, which involves dividing an existing NPA into two or more areas, is one of the most common methods of area code relief. One of the areas, usually the most populated, gets to keep the existing area code. Overlays are another typical way of achieving area code relief. They involve assigning a new code to the same geographic area as an existing code. For example, in Bandwidth’s headquartered city of Raleigh, North Carolina, we now have two NPA codes (919 and 984) overlayed in our geographic area.

STIR/SHAKEN is a framework designed to reduce illegal robocalling and phone number spoofing through the use of digital certificates to sign or “attest” to the validity of a phone call. The FCC requires that service providers implement STIR/SHAKEN within the IP portions of their networks by June 30, 2021.

However due ue to widespread industry confusion, a precipitous increase of Numbering Authority applications at the FCC and concerns over number exhaustion, the STI GA announced a new policy in November of 2020 that will eliminate the Direct Access Numbering Authority requirement. The new policy states that service providers must certify with the FCC either that they have implemented STIR/SHAKEN or that they have a robocall mitigation program in place. The new policy is expected to take effect in March 2021 together with the FCC’s online portal availability for robocall mitigation plan certification requirements. 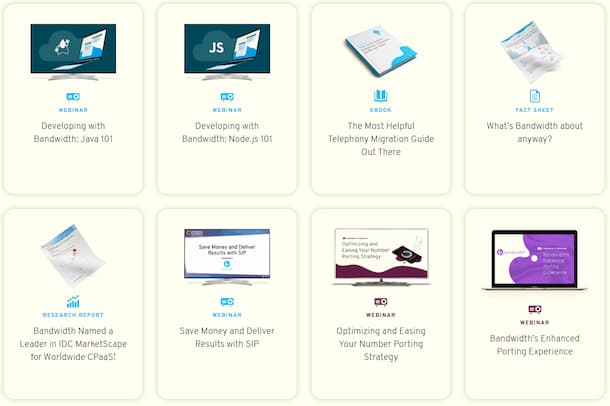 Check out our webinars, ebooks, fact sheets, covering everything from porting, development, industry news, and more