E911 and Microsoft Teams: Success Planning with the Pros

What you will learn:

Eric: Good morning, good afternoon, or good evening depending on where you are in the world and welcome to today's Enterprise Connect webinar, "E911 and Microsoft Teams: Success Planning with the Pros" sponsored by Bandwidth and broadcast by Informa. I'm Eric Krapf with Enterprise Connect, and I'll be your moderator today. We have just a few announcements before we begin. This webinar is designed to be interactive. The dock of widgets at the bottom of your screen will allow you to learn about today's speakers, download resources, share this webinar via social media outlets, and participate in the Q&A session that takes place at the end of our presentation. Slides will advance automatically throughout the event. You may also download a copy of your slides via the resources widget. At the end of our webinar, we'll ask you to complete our survey found on the right-hand side of your screen. Please take a minute to fill this out before leaving us today as your feedback will provide us with valuable information on how we can improve future events. Lastly, if you're experiencing any technical problems, please click the help widget found at the bottom of your screen. You can also type your issue into the Q&A area, and we'll be glad to offer one-on-one assistance. Now on to the presentation, "E911 and Microsoft Teams: Success Planning with the Pros." Guesting today's topic will be Irwin Lazar, VP and service director at Nemertes Research, Tricia McConnell, product marketing manager for 911 at Bandwith, and Thomas Ginter, sales support engineer at Bandwidth also. And with that, I'll turn it over to Irwin to get us started. Irwin: Great. Thank you, Eric. And as Eric said, welcome to today's webinar. I'm Irwin Lazar, vice-president and service director at Nemertes Research. And I'd like to share with you this morning or this afternoon again some information about a research study that we recently conducted looking at the Enterprise 911 market. I'll ask Thomas and Tricia to go ahead and introduce themselves real quick. Tricia: I'm Tricia McConnell, product marketing manager for 911. Thomas: And I'm Thomas Ginter, sales support engineering here at Bandwidth and 911 subject matter expert, people tell me. Irwin: Excellent. We will certainly test that in a minute. So we certainly look forward to hearing from you. So the agenda, I'll talk a little bit about some of our recent research around Enterprise 911 and specifically around Microsoft Teams, and then we'll spend some time talking about some of the emerging regulatory laws on the federal level that are coming into play over the next...starting this month as well as over the next couple of years and what the impact is there for those organizations that are responsible for operating phone systems and ensuring accurate location information and call routing information. And we'll talk about some of the considerations as organizations are moving from on-prem to the cloud as they're taking advantage of Microsoft Teams and adopting Microsoft Teams as their phone system and some of the things that Microsoft offers and some of the concerns and capabilities that you need to be aware of as you're doing your implementation.

Thomas: Okay. Thank you, Trish. I'm gonna take us on a little bit of a history tour of how 911 worked in the past, how it's working today, and now what we're doing with Microsoft Teams. We'll flip on forward, and at the end of this explanation, you're gonna understand how your standard Cisco systems, Avaya systems, ShoreTel, Mitel, how they're working today, how Skype for Business made a fundamental change a change in how 911 is processing and how Teams has taken that to a completely new level. We're gonna take you through that story. So we begin with a very simple diagram, and we're going to explain building level location, which was the essence of that term enhanced 911 or E911 that you see so often. So here we have an enterprise that's a building. It's five stories. This is back in the 1990s. There's 100 extensions on each floor of the phone...of the building rather, but there's only one phone number. The buildings...you know, back in the 1990s, telephone numbers were expensive, and you had lots of extensions but very few DIDs or Direct Inward Dialing numbers. In this case, the number is gonna be 919-555-1000 here in the Raleigh area. I'll draw your attention to not just the public switched telephone network or PSTN, this is a simplification, but also in the bottom right-hand corner of the diagram there's an ALI database. That's your automatic location identification database. That is your 911 reverse white pages. It contains the data of a telephone number, the person's name or business name associated with that telephone number, and the address where they're located. So we have to put these 911 records into that ALI database. I'll draw your attention also to the PSAP, P-S-A-P. That's your public safety answering point. That's your 911 call center. And just above that, this is the purpose of our study here. We are going to display the person or the enterprise name, their address, and the telephone number on a screen...a screenshot for the 911 call taker. So the call proceeds as follows. A telephone on the far left-hand of the diagram, you know, an extension, a non-DID phone, doesn't have its own telephone number, makes a 911 call. The PBX, the Private Branch Exchange, old-school 1990s technology, says, "Okay. I've got a 911 call. Send that out on the PRI trunk," which is the old legacy way of sending out calls. And the telephone number identity that's being outpost is only the main number for the building, 919-555-1000, that passes through the PSTN, goes to the 911 call center, the PSAP, and they did that ALI database for, what's the address? In this case, it's 123 Main Street. The floor-level information or office-level information is not presented on the screen because it isn't understood by the ALI database or the PBX that there is a floor level piece of information to be had. And this is how the systems worked back in the 1990s. 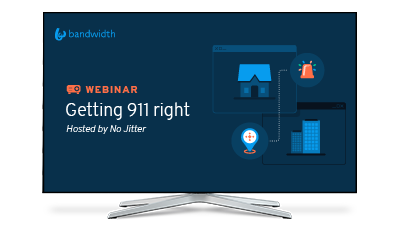 Getting 911 right: How to ensure compliance, minimize risk, an… 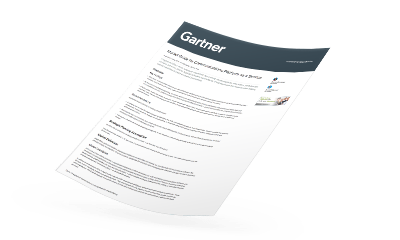 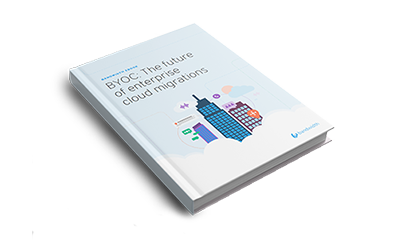