As much as the telecoms industry tries to make things simple for the masses (heavy sarcasm), this one seems to have slipped through the gaps.

At a quick glance here’s what you need to know:

Still confused? Well thankfully, we consider ourselves IP trunking and SIP trunking experts, so let us go through the difference.

Like we said above, the IP in VoIP stands for “Internet Protocol” and is an overarching term used to describe data being transferred over the internet. When this is used to describe voice data, it’s more commonly referred to as VoIP.

VoIP is a way of describing a way to bundle all these call sessions together from one user. It’s an industry term and just makes it easier to indicate how many groups of calls you might need at any one time.

SIP or “Session Initiation Protocol” is a set of rules that are used in multimedia communications to initiate and terminate data transfer between different users.

Interested in learning the ins and outs of SIP trunking? Take a look at our ultimate guide for everything you might need to know.

In the simplest of terms, IP/VoIP calls are calls made over the internet, SIP is the protocol used to make those calls and connect multimedia sessions, with VoIP calls just one type of session they can handle.

The main difference in their capability is that VoIP is limited to transferring voice data over the internet whereas a SIP trunk has the ability to transfer packets of multimedia data. This could be voice, text or video.

Another difference is the medium in which they operate.

A VoIP call happens solely over the internet or a private internal network. A SIP trunk, however, can be used to transfer data packets over any network, including the ISDN (physical phone network), a VPN, or the internet.

One of the main impacts of this difference is the fact that a VoIP phone requires a computer to operate it’s software and connections whereas SIP equipment can operate separately.

Finally, SIP trunking is a part of the network you run your calls on.

The protocol is stored in the phone exchange that you’ll have in your building and on the network providers equipment. You can even get a direct connection to your network provider for an extra layer of security if you handle sensitive data.

VoIP calls, on the other hand, are all controlled from a central location by a separate provider that controls the traffic.

Not only is that not as secure, it means that if their system goes down, but you also won’t have any calling capability. 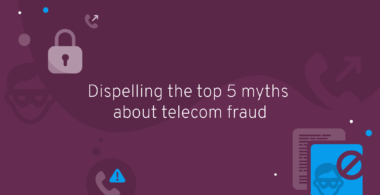