, /PRNewswire/ —  (NASDAQ: BAND), a software company focused on communications for the enterprise, today announced their partnership and participation in a research study of robocalling campaigns. The unique, data-driven initiative produced new insights into fraudulent traffic patterns, the results of which are published in the paper, ? Characterizing Robocalls through Audio and Metadata Analysis. 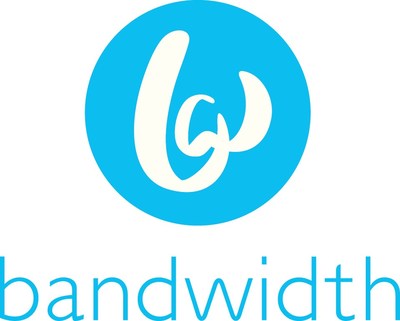 Bandwidth authorized the use of a SIP trunk and 66,606 phone numbers to the university to support the research. The phone numbers had been previously disconnected by Bandwidth’s fraud mitigation team due to egregious violations of the company’s Acceptable Use Policy. The NCSU research team established data collection on various call traffic parameters that were available through call detail records (CDRs) and SIP signalling.

The study, which ran from to , revealed surprising results. For instance, researchers noted that the number of fraudulent robocalling campaigns did not increase over time but remained steady over the course of the 11-month study. This contradicts previous assertions that robocalling was on the rise prior to the global shutdown during COVID-19. In addition, industry insiders and the media have often cautioned consumers against answering suspicious calls over concerns this results in an increase of calls sent in the future.  However, the study found that when calls were answered, the volume of robocalls to those numbers did not increase over time.

Bandwidth has been an active and influential participant in the telecommunications industry’s push towards reestablishing trust in the communications between legitimate businesses and their customers. The company implemented a STIR/SHAKEN solution within their Tier-1 network at the end of 2019, and has since completed interoperability with major carriers to allow the exchange of signed traffic with , T-Mobile and, most recently, Comcast. The company is currently developing new STIR/SHAKEN solutions for certificate delegation, transit identity service, and verification services to help its customers protect legitimate traffic. The requires service providers to implement STIR/SHAKEN by .

“We want to abolish robocalling entirely, and a project of this scope puts us one step closer to achieving that,” said , founder and CEO of Bandwidth. “NC State’s research has expanded our understanding of the origins and behavior of fraudulent traffic traversing the world’s telecom networks. This research helps us examine the differences between unlawful robocalling campaigns and legitimate voice traffic. We believe data-driven analysis like this will one day make it easier for carriers and service providers to traceback the source of these fraudulent calls and intervene with call blocking techniques faster.”

“What was exciting was that we were able to identify calls that were identical or nearly identical, allowing us to group calls into groups that were clearly all affiliated with a single campaign,” said , co-author of a paper on the work and an assistant professor of computer science at NC State. “So, effectively you can narrow down a big chunk of robocalls to only a few campaigns. And you can track those down. That’s a subject we’ll be discussing at greater length in the future.”

To learn more about how Bandwidth has implemented STIR/SHAKEN and signs legitimate voice traffic on behalf of carriers and service providers, read the article, What is STIR/SHAKEN and How Does it Impact Robocalling.

(NASDAQ: BAND) is a software company focused on communications for the enterprise. Companies like Google, Microsoft, Cisco, Zoom, and RingCentral use Bandwidth’s APIs to easily embed voice, messaging and 911 access into software and applications. Bandwidth is the first and only CPaaS provider offering a robust selection of communications APIs built around their own nationwide IP voice network – one of the largest in the nation. More information is available at www.bandwidth.com.

Are you a journalist or media professional? Contact our press team here.

Need a logo or visual? Visit our Brand portal. 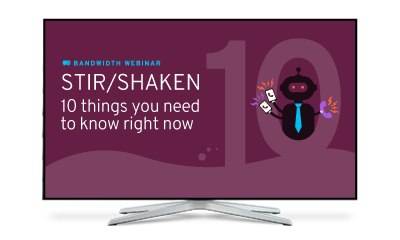