13 Reasons Why Your Message Wasn’t Delivered 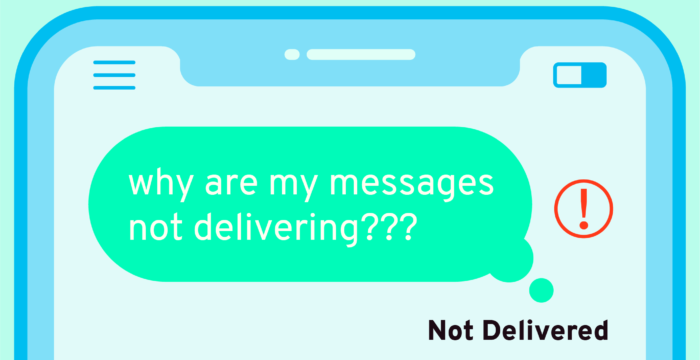 Don’t believe me? Here’s 13 reasons why your message didn’t get delivered.

1. You used the wrong type of phone number
2. Your message was flagged as SPAM by the carrier
3. The receiver opted out of messages
4. The message had a link in it
5. You’re sending too many messages
6. The message was sent to a number that couldn’t receive it
7. The carrier couldn’t deliver the message/network problems
8. The message contained a risky shortened URL
9. The message contained illicit content
10. The receiver has complained about this message type to the carrier
11. The number is roaming (abroad from home country)
12. There are billing issues on the recipient’s carrier side
13. You entered the wrong number
BONUS Secret Reason: Are you really sure it wasn’t delivered?

1. You used the wrong type of phone number

There are two types of messaging—A2P (application-to-person) and P2P (person-to-person). In most cases, if you’re a business sending messages to your customers, you’re likely engaged in A2P messaging, which means you have to use the right type of number. These can include toll-free, short codes, and certain local numbers approved for high-volume messaging (known as 10DLC or 10 digit long code).

Using the wrong number, like say an unregistered local number to send hundreds or thousands of messages, will get your messages blocked by the carriers.

2. Your message was flagged as SPAM by the carrier

This is not to say that your message actually was SPAM. However, something in your message, or the way it was sent, raised a flag at a carrier and it was marked as SPAM and blocked. While the carriers mostly align on their guidelines for sending and receiving text messages (SMS and MMS), each carrier has their own guidelines for what they consider SPAM.

Knowing those guidelines ahead of time helps to avoid getting your message blocked as SPAM.

3. The receiver opted out of messages

The CTIA best practices give clear guidelines on what businesses must do to ensure users can opt out of messages easily. Sending messages to users that have opted out will result in those messages not being delivered.

4. The message had a link in it

Sending a link in your text messages raises a red flag. While there are ways to do it (more on that below), trying to include a link, even one as amazing and informative as https://www.bandwidth.com, can get your message blocked. If you need to include links, be sure to do it the right way.

5. You’re sending too many messages

There are guidelines around how many messages you can send depending on the number you’re using. Phone numbers designated for P2P traffic (typically your local phone numbers) are generally only allowed to send 1 message per second (mps). There should also be a fairly even one-to-one balance of sending and receiving.

A2P limits can depend on the number you’re using and the carrier. For example, 10DLC has specific caps for messages sent per minute and messages sent by a single brand that vary across carriers.

6. The message was sent to a number that couldn’t receive it

Unless enabled with hosted messaging, landlines can’t receive texts. It’s true. Despite all our advances in technology, your home phone is still limited to sending and receiving voice calls. Sending a text to that number will result in it not being delivered.

Sometimes the carrier just can’t get the message all the way there. There could be a problem with the network, congestion, or some other issue with the receiver that just makes them unable to complete the delivery.

Sending texts with illicit content, such as adult content, references to drugs, or anything referring to criminal activity, can get your messages blocked.

10. The receiver has complained about this message type to the carrier

You might be following all the rules and somebody just complained about your message. Maybe they don’t remember signing up to receive texts. Maybe they just decided they don’t want them anymore but don’t know how to opt out. Whatever the case may be, if the carriers receive complaints about your texts, they may stop delivering them.

11. The number is roaming (abroad from home country)

If you’ve sent an SMS message to a recipient that’s not currently in their home country, there’s a good chance it won’t be delivered.

And if you are trying to send a text abroad, be sure you’ve included the correct country code and that the carrier allows international SMS messaging.

12. There are billing issues on the recipient’s carrier side

Another rare (but not impossible) issue is you might be texting someone using a pre-paid plan with outstanding balances on their account. If this is the case, the carrier of the pre-paid plan will block incoming messages until payment is received.

13. You entered the wrong number

Misdials happen – everybody makes mistakes. Did you triple-check?

Need help automating this? There are tools that help ensure you’re only sending messages to phone numbers that can receive texts like Bandwidth’s Phone Number Lookup API.

BONUS Secret Reason: Are you really sure it wasn’t delivered?

One of the most common error codes we see here at Bandwidth is a simple time-out. Essentially, it’s just a fancy way of saying your recipient probably has their phone turned off. Maybe they’re on a plane somewhere over Springfield, MO or maybe they forgot their charger at home and their phone died (#beenthere).

It’s also important to know that sending a standard text message means you’re required to receive a DLR (delivery report) from your operator. If the carrier doesn’t make that receipt, the message will be marked as “Failed to Send”. It’s always possible that you’ve gotten a false negative, and that the operator simply didn’t send (or incorrectly sent) the DLR.

What’s the most common reason a message is not delivered?

As you’ve gathered from the list above, there can be a lot of reasons why your texts aren’t getting delivered. Still, the most common tend to be:

A recipient opts out of your messages

A carrier blocks your number

Or there are network problems along the message path.


How can I avoid my message not being delivered?

Always confirm the numbers are valid, the contact’s carrier can receive SMS messages and that you’re following industry best practices to avoid blocks.

What exactly does it mean when a text message isn’t delivered?

A text message undelivered means the carrier couldn’t deliver your text to that phone number. 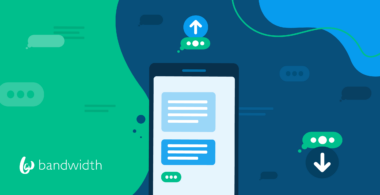 How to send texts from Microsoft Teams 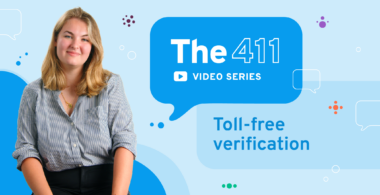 SMS vs MMS – how do they differ?