Here’s how everyone working from home might affect cloud comms 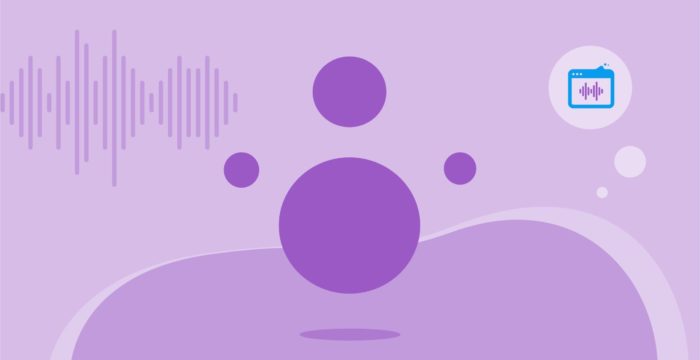 If you were told, even a month ago, that the vast majority of the world’s white-collar workforce would be working from home in the very near future, you might not have believed it.

But here we are, and we’ve got a few changes ahead of us.

With seemingly everyone working from their homes rather than the office, people are absolutely hammering their residential internet connections. Their kids are streaming Disney movies in 4K, their nanas are trying to order face cream online, all while taking away from the contended bandwidth that workers need for other things like Zoom calls and file downloads.

The use of the public internet for business communication needs is already highlighting how these contended residential contentions are struggling to cope.

But that’s what’s happening now. What do we think is going to happen in the coming weeks, months, or years?

What we’re seeing is a wider impact on the remote working landscape. For our remote working survey in 2018, just 40% of Americans said they work with remote employees. Now, with the country going towards lockdown, that number is going to be a lot closer to 100%.

We could already see a secular shift underway before Covid-19 and universal working from home came about. But after the dust has settled, “traditional industries” that chose not to include remote working for their staff will find new pressure to make remote work the norm, not the exception, after already being forced to adapt.

This situation, as tragic as the circumstances are, is being treated by many as an unprecedented social experiment, where everyone that hadn’t already, will be forced to adapt to the ideas of remote working.

With everyone rushing to get their stuff online there’s panic buying everywhere, and it’s not just the pasta, bread, and toilet roll, it’s headsets, webcams, conferencing software, and even desks!.

The apprehension that was evident in the last couple of years has gone, and now businesses are being forced into unforeseen budget allocation on equipment and software that they would have seen as a luxury last year. Now it’s essential to business continuity.

What will likely happen going forward in the cloud comms space is an uptick in business. This will be due to other industries allowing more of their staff to work remotely – because of money they’ve already been forced to spend – and the forced realization that working remotely works.

Like we said above, the general internet in homes around the globe is going to take on a lot of unprecedented strain in the upcoming weeks/months. Our home broadband was not designed for dedicated professional services like the internet in our offices has been.

What we’ll probably see, (or what we’re already seeing if you count Netflix’s reduction in quality after a request from the EU) is the rationing of bandwidth due to underinvestment from national providers. This will mean, jitter, packet loss, and latency.

The reason for this is contention. Contention is basically the amount of competition for the bandwidth you’re using.

Going forward, we expect more businesses to move towards more dedicated IP services for both their telephony and the facilities needed for remote employees. In tandem with the network operators working double-time to shore up backbones and offer uncontended connections. What this will do is set up highly reliable lines of communication for employees that aren’t in the office – almost eliminating contention.

What we’re seeing is a massive increase in demand for every kind of telecoms everywhere it’s sold. So with that in mind, it’s not a huge jump to assume that going forward, countries are going to make a big move towards IP telephony rather than TDM-analog-based telephony. Simply because IP based telephony is much easier to scale.

Flexibility is key in a world where people are working remotely. And because of that, tier 1 carriers in countries where the infrastructure is struggling right now will be forced to change their processes in the future to accommodate their country’s move to IP-based infrastructure.

It’s probable that we’ll see a kind of inflection point where the vast majority of countries will be IP-based rather than analog therefore it makes sense for tier 1 carriers to invest in their infrastructure.

On the other hand, if that doesn’t happen, we might see that providers will have to turn off countries that they can no longer connect to due to lagging infrastructure, forcing the change anyway.

Say goodbye to the ISDN

We’ve spoken about this before, but the end of ISDN and PSTN circuits isn’t as far away as we might have previously thought. In fact, BT Openreach has announced that from this year, businesses and individuals in the UK will no longer be able to purchase ISDN lines.

This news follows BT’s previous promise to discontinue ISDN and PSTN circuits entirely by 2025 (telcos in other countries, like Deutsche Telekom, have vowed to phase out ISDN even sooner). Granted, this timeframe seemed well into the future before, but organizations are sure to make SIP migration a priority now in the current climate.

Depending on how a business will fare during this global change will determine how they assess cloud communications software in the future.

Cloud comms is very quickly going from being seen as something cloud-native and forward-thinking businesses invested in, to an essential part of a business software stack. In the last few weeks, collaboration has become a core feature for IT, and the budget share for it will, if it hasn’t already, grow exponentially.

If anything, this situation will be the trigger that causes businesses to realize their current setup isn’t optimal and increase the amount of disaster recovery plans going forward with the aim of being fully geo-redundant.

For the more tech-savvy businesses, there will now, if there aren’t already, be plans to include communications in their digital transformation process.

But for the not-so-tech-savvy businesses, this will likely be the catalyst for their first step into the cloud. Right now, anyone with a PBX in their office right now will know it’s just gathering dust. UCaaS products aren’t.

Cost, regardless of when you’re buying a business asset, is always a consideration. But with the global economy on the ropes, and the potential for a recession on the horizon, consolidation, and cost-cutting are going to be at the front of many minds.

It makes sense then that cloud-based platforms become a standard solution for many. By investing in moving to the cloud you can take best-of-breed components to maximize capability and minimize cost.

Thoughts from the team

Our team has their finger on the pulse when it comes to the comms industry, so we have some closing thoughts on the current situation and what they think businesses need to think about.

The comms space should be aware of other segments of the global economy that are under huge stress. It won’t be just small-medium companies that find themselves in dire straits, it will be large multinationals as well. And considering the effect that a massive downside in the economy is going to have, everyone needs to take a step back and assess how they’re going to approach their business going forward.

One thing I want businesses to take away from this is that remote working is good all around. It reduces spend, increases productivity and companies need to embrace it for what it is. The future of business.

With working from home hitting the mainstream, it’s possible we’ll see a ready-made talent pool emerge in the marketplace. With the ability to recruit from anywhere in the world, businesses will be able to really open up their recruitment range.

On another note, with the proliferation of video, this whole thing could be the death of the conference call. Businesses will certainly want to build on their conferencing solutions, and video is a big part of that.

Mass adoption is going to happen now. The adoption rate that we were going to experience in the next five years is going to be compressed into a matter of months.

And, if the last couple of months have proved anything, it’s that a lot of companies have a comms solution that’s not viable when it’s stressed. Take this time to assess and evaluate your current comms strategy, discuss your options with the experts and take the first steps toward cloud-based communications.